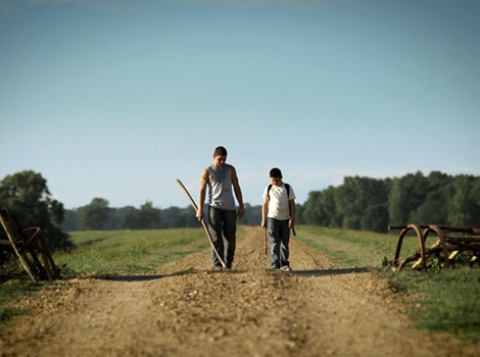 It’s another summer in Glen Allan, Mississippi for fourteen-year-old Robbie Hendrick. His wayward Mother has run off again fearing a breakdown and he’s left to pass the days caring for his half-brother, Fess. He’s as hopeful as ever that his dream of a family will be realized this year. His older brother Lucas returns to the home and postcards begin to arrive from their mother promising that she’s better and will return home soon. At the same time, Robbie knows the futility of keeping faith in promises. 
Was born in Baltimore, USA, in 1970. Graduated in directing at the American Film Institute. Directed the short film The Honeyfields. Since 1997, directs documentaries for television on topics ranging from politics to international affairs. The Dynamiter is his first feature film.