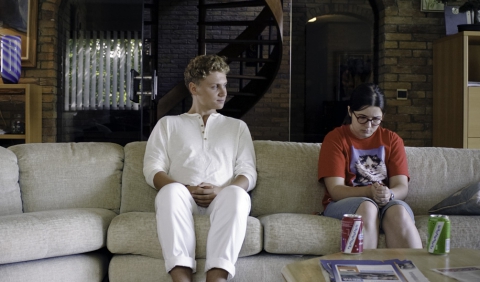 The Deflowering Of Eva Van End

The Deflowering Of Eva Van End

Etty, her husband Evert and their children Erwin, Manuel and Eva are a perfectly normal family, who over the years developed a slightly dysfunctional way of relating to one another. Then, all of a sudden, the incarnation of perfection enters their lives, embodied by the German exchange student Veit. With his arrival, doubt, insecurity, fear and desire invade the Van End family, especially Eva, wishing to lose her virginity. 
Born in Amsterdam, 1983. He graduated from the Utrecht School of the Arts in 2007, specializing in animation. His graduation film was the animated short Basta (2007). In 2009, he directed the short films Arie and Alex in Amsterdam, the latter for television. The Deflowering of Eva Van End is his feature film debut.