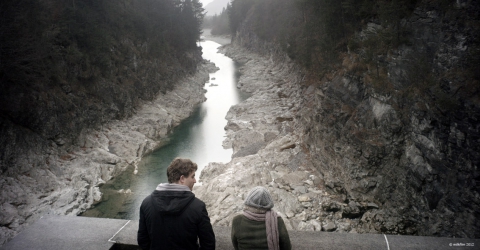 Roman works at an attorney’s office. When he has to retrieve some files in a town where a high school massacre was committed by a student, he meets Laura, one of the survivors. As the story unfolds, he realizes that Laura has been hiding a secret: she is more involved with the incident than it was previously assumed. 
Born in Cologne, Germany, in 1976. After studying politics in Munster, he took up film and photography at the Massachusetts College of Art in Boston. He subsequently worked as a producer and editor in Munich. His filmography includes the short film Hit and Run (2002) and his feature-length debut Distance (2009). The Dam is his second feature film.