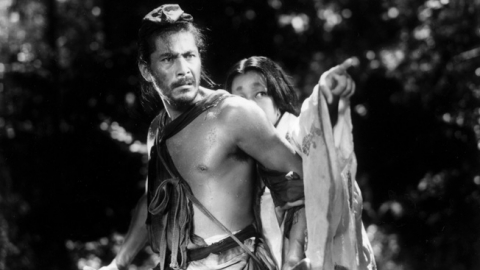 A rude peasant, a woodsman and a priest seek refuge from a terrible storm in the ruins of the Rashomon’s gate, in 11th century Japan. The priest and the woodcutter describe a trial they were at, concerning the murder of a samurai and his wife’s rape. The trial is shown in flashback, according to divergent reports, including the ones from the wife, the murderer and the victim, through the works of a medium.

Winner of the golden Lion at the Venice Film Festival.

Restored by The Academy Film Archive, The National Film Center of the National Museum of Modern Art, Tokyo and Kadokawa Pictures, Inc. Funding provided by Kadokawa Culture Promotion Foundation and The Film Foundation.