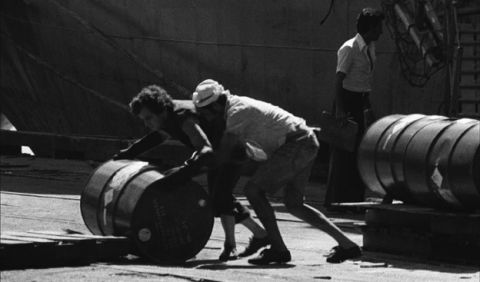 Landscapes and population of the Port of Santos, the largest in Latin America, are mixed in the poetic vision of the work on the docks and the bohemia in the evenings at the pier.