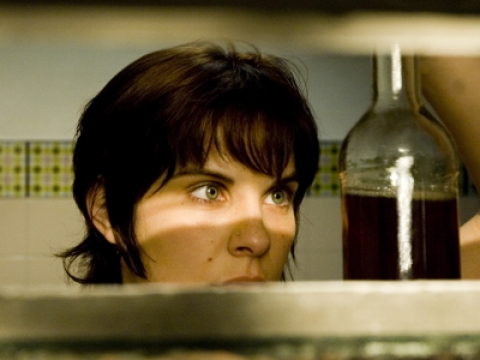 With a camera in hand, children from the outskirts of São Paulo document the life in the city and play with potential urban dangers. The city turns into a character itself, gaining images projections and light movements to host the dreams, secrets and fears of those who have the streets as their home.


She was born in 1961 in Belo Horizonte, Brazil. She teaches at the Communication department at UFMG and had some of her works exhibited in electronic art and film festivals in several countries, such as Hungary, Italy, Cuba, France and USA. Directed the short movies Clandestinos (2001) and Plano-Sequência (2002). Dot Org is her first feature film.