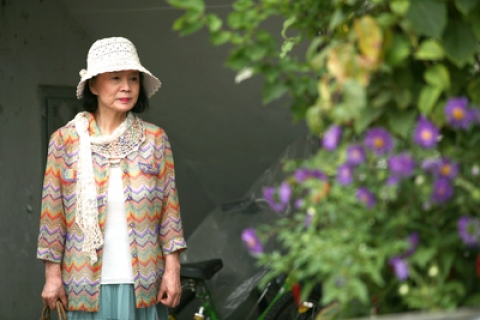 Mija lives with her grandson at the hills by the Han River. She’ an eccentric old lady, with an unquiet and questioning mind. One day she joins by accident a poetry class on the local civic center, and is challenged to write a poem for the very first time. Her quest for inspiration comes on observing the everyday facts and the beauty in it, things she never noticed before. But when reality shows up, she is forced to realize the world isn‚Äôt as beautiful as she imagined. 
Born in Daegu, South Korea, in 1954. He started his film career as scriptwriter and assistant director. He directed the feature films Green Fish (1997); Peppermint Candy (2000); Oasis (2002), winner of the FIPRESCI prize for the best direction and the best actress award (Moon So-Ri) at the Venice Film Festival; Secret Sunshine (2007), which recognized Jeon Do-Yeon as best actress at the Cannes Film Festival, and Poetry (2010, 34th Mostra), winner of the best screenplay award at the Cannes Film Festival. Lee Chang-Dong also been the minister of Culture and Tourism in South Korea from 2003 to 2004.