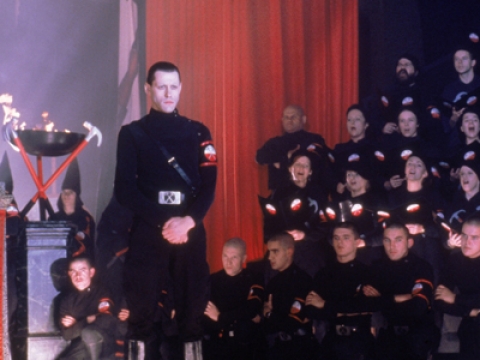 Inspired by Pink Floyd?s album of the same name, the film is a dark, expressionistic musical, told from the point of view of Pink, a depressed rock musician. The wall is a metaphor for psychological isolation, a barrier Pink creates to distance himself from his pain. The foundations for this wall are laid in childhood, with the death of Pink?s father leaving him to be raised by an overprotective mother and a repressive school system. He seeks freedom from this world through writing and music. However, even after he achieves success as a rock star, the wall continues to grow, with Pink feeling trapped by fame and wounded by his failed personal relationships. Lost in despair and self-loathing, he attempts to isolate himself from the world entirely.