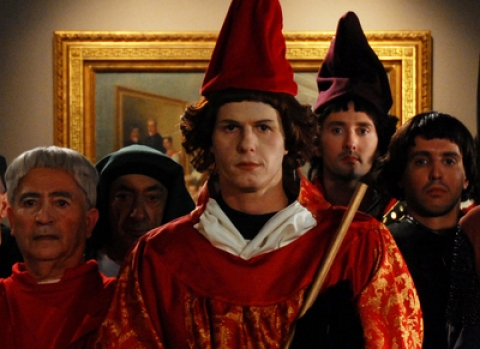 Manoel de Oliveira’s personal reflection about the Panels in São Vicente de Fora, one of the most notorious and mysterious artwork in Portuguese Art History, from the 16th Century, by painter Nuno Gonçalves, recognized as a reference among all the representations of pre-colonial Portuguese society. Filmed at the National Museum of Old Art in Lisbon, the movie builds a live painting with the actors representing the figures in the Panels, at the museum’s room where it’s exposed.