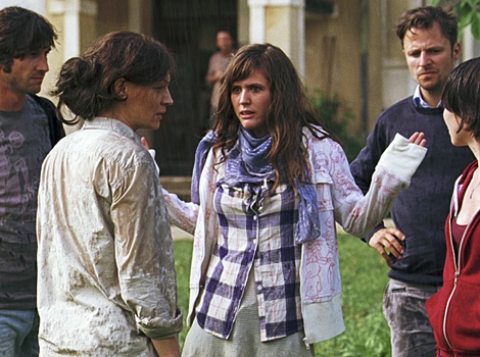 Two men and two women gather around their father’s deathbed. The four siblings meet at the home where they grew up and where several decades previously an attempt was made, drawing on the idealistic atmosphere of the 1960s, to live in an alternative community. But the community broke up and the individual members went their separate ways. The older daughter Kyra is seeing her siblings for the first time in 23 years, and everyone expects her presence to provoke unpleasant memories; no one wants to dredge up the past. 
Was born in 1977, in Graz, Austria. She studied scriptwriting and dramaturgy at the Vienna Film Academy. Directed the short films Cappy Leit (2001), Un Peu Beaucoup (2003) and Punch Noël (2008). The Fatherless is her feature film directorial debut.