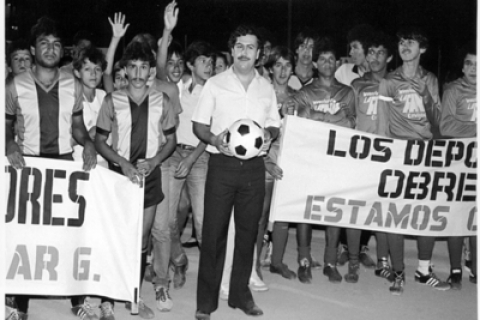 While rival drug cartels warred in the streets and the country’s murder rate climbed to highest in the world, the Colombian national soccer team set out to blaze a new image for their country. What followed was a mysteriously rapid rise to glory, as the team catapulted out of decades of obscurity to become one of the best teams in the world. Central to this success were two men named Escobar: Andrés, the captain of the National Team, and Pablo, the infamous drug baron who pioneered the phenomenon known as “Narco-soccer.” But just when Colombia was expected to win the 1994 World Cup and transform its international image, the shocking murder of Andres Escobar dashed the hopes of a nation.


Graduated from Wesleyan University and trained as an actor at New York University. The Two Escobars, which he directed in partnership with his brother, is his first feature film.