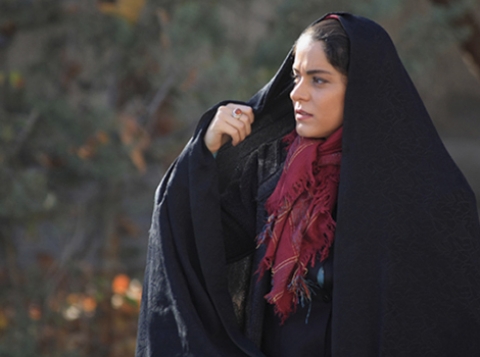 Two Iranian women of very different backgrounds and social classes are accidentally thrust together. Rana - naive, religious and bound by tradition - is forced to drive a cab in order to survive when her husband unjustly imprisoned. Adineh, a wealthy yet rebellious transsexual, flees her home to escape a forced marriage to a man and ends up in Rana’ taxi. The women’ lives quickly become intertwined on a journey of discovery that challenges their long-held assumptions and beliefs. 
She was born in 1974 and graduated in cinema from the Art University of Tehran, in Iran. Also holds a master’s degree in visual media arts taken in the USA. She started her career as an actress of television series, and worked as an editor on the movie Sheyda (1999), by Kamal Tabrizi, and starred in Rasool Molagholipour’s Afflicted Generation (1999). She has directed short films and animations in the US as well as in Iran. Among her shorts is Virtual Truth (2007). Facing Mirrors is her first feature film as a director.