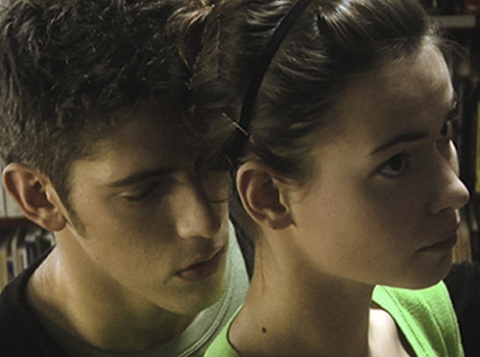 Six friends meet every night at a bar to play music. But during the day, for the routine of life, there are no rehearsals and each trial leaves a mark. Rita left Ricardo and was found by Rafael, but she still feels lost. Eduardo thought he didn‚Äôt love Maria anymore, but after what he’ done, there’ no turning back. João doesn‚Äôt have the guts to break up with his girlfriend and he finds refuge in the song he’ composing for Inês. Marco fights for another guy’ love, but he’ not deceived by fantasies. Samuel believes in eternal love, but something’ not good; his friends haven‚Äôt heard from him lately. And Ines tries to experiment and sees how it is going to be with João. Is the band starting to tear apart? 
Born in Lisbon, in 1979. He was responsible for the sound of the movie José and Pilar (2010, 34th Mostra), by Miguel Gonçalves Mendes. He composed the score for Joaquim Sapinho’s Bosnia Diaries (2005) and directed the short film Maquinal (2003). 
Born in Lisbon, in 1979. Worked as a writer and assistant to Portuguese directors Vitor Gonçalves and Joaquim Sapinho. She directed the short movie Mutant Angel (2004).