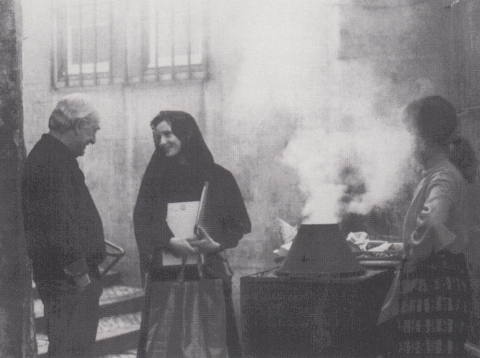 Based on the play by the same name by Prista Monteiro, the story provides an extremely vivid description of a world of outcasts, all around, in the miserable life of a blind man begging for alms at the door of his house in Lisbon. All the money he gets is kept in a box, and the box was once stolen. His daughter looks after the house and takes in ironing for a living. She has a boyfriend, a good-for-nothing, like so many others in the neighborhood, unemployed. When the box goes missing a second time, all of the visitors to the house are suspect: the son-in-law?s friend, an old lady and her nephew, three drunken friends. The arrival on the scene of a second blind man with a similar box, renders them distraught and sets the stage for tragedy. Shown at the 18th Mostra.