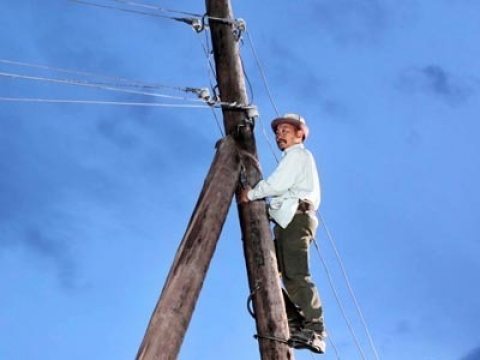 They call him “Mr. Light”. The electrician is responsible for bringing more than just light to the people around him, but he also spreads the light of love and loyalty. Like moths, everybody is drawn to his kindness: those with short circuits in their electricity, and those with short circuits in their marriage, those who have taken all the power in the city, and those who have given up the will to live. He helps everyone and is everywhere. “Mr. Light” only has two dreams: to someday have a son and to provide people with cheaper energy through wind power.