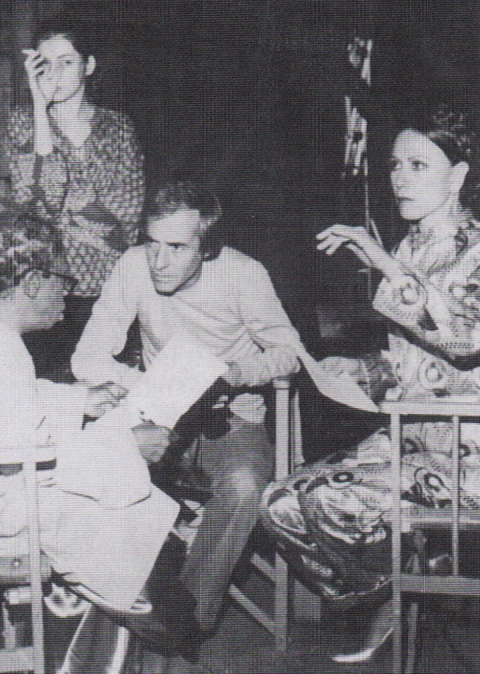 Joaquim Pedro de Andrade says: "A comedy, strict delirium on the life, the passion and work of revolutionary modernistic author Oswald de Andrade, played simultaneously by an actor and by an actress, Flávio Galvão and Ítala Nandi. Together with Juliana Carneiro da Cunha, Regina Duarte, Cristina Aché, Dina Sfat, and Dora Pellegrino, the two Oswalds share the same beds, the same ideas, until these `do split them assunder`. The `devouring` of Oswald-the-male by Oswald-the-female generates a Pau-Brasil Woman, a leader of the revolution that will establish anthropophagous matriarchy as a political regime in the country." Co-scriptwriter Alexandre Eulálio says provocatively: "This is an uninhibited, provoking film intended, concomitantly, as a feast for the eyes and a bubbling precipitate of scurrying ideas. A film that may be seen by non-initiates as an amusing erotic-sarcastic extravaganza, but that may also delight or, alternately, butcher scholars and specialists in the field, with irritation." A vast cast includes, among others, such as Miriam Muniz, Grande Otelo, Etty Frazer, Othon Bastos, Paulo José, Wilson Grey, Sérgio Mamberti, and Antonio Pitanga. O Homem do

Pau-Brasil was awarded Candango Prizes for film and actress (Dina Sfat) at the 1981 Brasília Film Festival. It was first shown at the 5th Mostra.