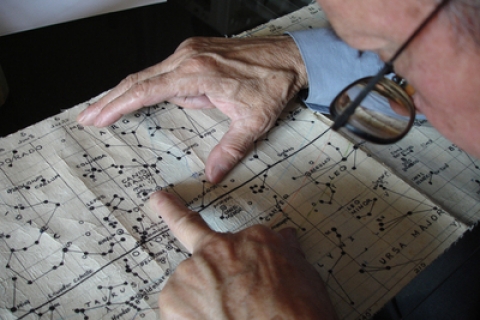 Nostalgia for the Light

Nostalgia for the Light

In Chile, at three thousand meters altitude, astronomers from all over the world gather together in the Atacama Desert to observe the stars. The desert sky is so translucent that it allows them to see right to the boundaries of the universe. It is a place where the harsh heat of the sun keeps human remains intact: those of the mummies, explorers and miners, but also the remains of the dictatorship’s political prisoners. Whilst the astronomers examine the most distant galaxies in search of probable extraterrestrial life, at the foot of the observatories, women are digging through the desert soil in search of their disappeared relatives.