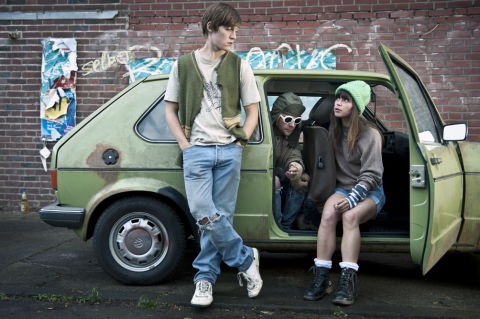 In 1991, eighteen-year-old Paul writes a song to his beloved Saskia. However, he is shocked when he hears a very similar song on the radio called Smells Like Teen Spirit. Determined to receive royalties for it, he follows Kurt Cobain from Nirvana during his German tour. However, another obstacle appears during his odyssey: Saskia is now romantically involved with Peter Punk, Cobain`s opening act. 
Born in 1976, he studied film and television, as well as German literature, at the Free University of Berlin. He later received a degree in production and directing from the WAM Media Academy. After working as a freelance producer and as an assistant for different production companies, he worked as a producer for the online German division of MTV Networks. His filmography consists of the short film End of Summer (2003) and the medium-length Nina und Theo (2007). Dear Courtney is his first feature film.