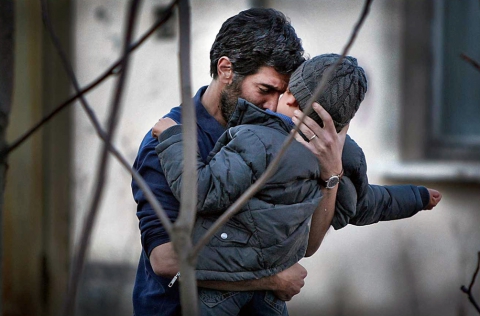 In an attempt to save his family, quiet schoolteacher Afet, who has lived in Baghdad for years, moves to Berlin with his children. Though he believes they are finally free of the violence that has always tormented them, he soon learns that being a refugee in a foreign country is not the dream he thought it would be.


Born in Abadan, Iran, in 1972. He studied filmmaking at Irib University in Tehran and directed the short films Wind does not blow only in the sky (2001), Road (2002) and One, Two, Three, Four (2003). In 2008, he made his first feature film, Be Calm and Count to Seven, winner of the Tiger Award at the Rotterdam Film Festival. Berlin-7 is his second feature film.