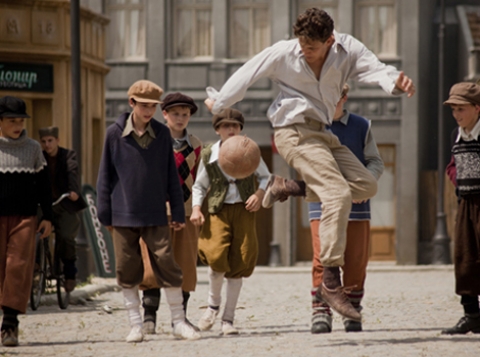 Montevideo - Taste of a Dream

Montevideo - Taste of a Dream

Belgrade, 1930. A bunch of nobodies fights their way to the first Fifa World Cup in Uruguay: 12 enthusiastic, mostly anonymous soccer players from the impoverished Belgrade neighborhoods struggle to create a national team to departure for the championship. The initial doubt that surrounded their lives is transformed into great friendship, promising love affairs, and most importantly a common decision to prove themselves in Montevideo. 
He was born in Opovo, Serbia, in 1963. One of the most famous Serbian actors, he has acted in more than 20 TV series and 40 feature films. Amongst the latest, Pretty Village, Pretty Flame (1996, 20th Mostra) and The Wounds (1999), both by Srdjan Dragojevic, as well as Darko Bajic’s War Live (2000, 25th Mostra), made by production Dragan and his brother Goran’s production company, Cobra Films. Montevideo - Taste of a Dream is his first feature film as a director.