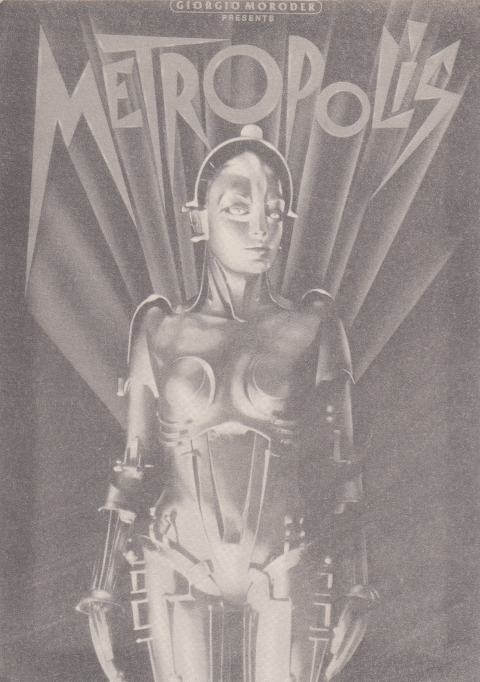 The original version of Fritz Lang’s Metropolis is back, in a historical open-air screening at Auditório Ibirapuera, in São Paulo, the first one in Latin America. The screening will have a musical performance conducted by Orquestra Jazz Sinfônica and maestro João Mauricio Galindo, playing the original score composed by Gottfried Huppertz.

In 1927, this silent cinema classic received its world premiere; this recently reinstated version restored by the Murnau Foundation will now be unveiled at the Berlinale – and at the Brandenburg Gate. Now, it’s time for the Mostra audience to enjoy it.

The mutilation of this monumental work began not long after the film’s premiere at the Ufa-Palast am Zoo cinema in Berlin on 10 January, 1927. The production company Ufa withdrew the original version of this work after an unsuccessful four-month theatrical run at this cinema and subsequently released a significantly abridged version (half-hour less) in the summer of 1927.

For decades, important parts of the film were thought to have been irretrievably lost. Until recently it was believed that only one original negative and various prints of the abridged German and international versions existed. Following the sensational discovery of a 16mm negative in Buenos Aires in 2008 and the restoration of a version which is thirty minutes longer than the previous one, Metropolis can now be screened in a form which almost completely reflects the original.

The restoration and reconstruction of Metropolis represents one of the most significant film restoration projects in cinema history, conducted by the Murnau Foundation in Wiesbaden in cooperation with ZDF and Arte in association with the Deutsche Kinemathek – Museum für Film und Fernsehen (Berlin) and the Museo del Cine Pablo C. Ducros Hicken (Buenos Aires).

Film by courtesy of Friedrich-Wilhelm-Murnau-Stiftung,

Music by courtesy of European FilmPhilharmonic

Recognized for the most diverse musical tendencies, the Jazz Sinfônica always offers high-quality instrumental music, which reveals impeccable conductions and admirable versions for compositions and arrangements of Brazilian and overseas popular music – another important issue, which allows the creation of a rich and growing collection of scores. Its formation – with a big band as a plus – allows it to go through unexplored musical paths and grants to it the part of being the creator of new Brazilian symphony esthetics, an objective that guides its artistic direction.

Was Born in São Bernardo do Campo and became a violist: played at Osesp (Orquestra Sinfônica do Estado de São Paulo), under the conduction of Eleazar de Carvalho and in the Heidelberg Chamber Orchestra. He has prepared student groups at the Centro Experimental de Música of SESC São Paulo. Began his career as a regent in 1983. Graduated in Composition and Conduction at Unesp in 1985. Has mastered in Musicology at University of São Paulo, being a co-founder and conductor at the Orquestra de Violoncelos de São Paulo (1995-97).

He runs the São Paulo Young Symphony Orchestra since the early 1990’s and was the assistant-conductor of the prestigious Amazon Philharmonic Orchestra in 1997 and 1998.