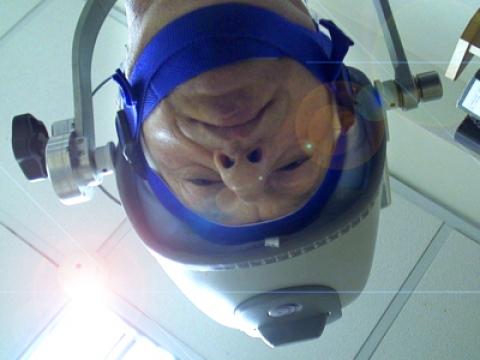 A journey into the heads and hearts of four people suffering from debilitating brain disorders: depression, bipolar syndrome, epilepsy and dystonia. As these people, male and female, old and young, undergo groundbreaking treatments involving electric stimulation to the brain, questions arise about medical ethics, our bodies, our souls and the mysteries of the mind.


Was born in Israel in 1970. Educated in the School of Visual Arts in New York, is currently based in Tel Aviv. Directed several documentaries about the human behavior in the Middle East, such as Area K (2001), Attack of the Happy People (2003) and Invisible Mind Friends (2007).