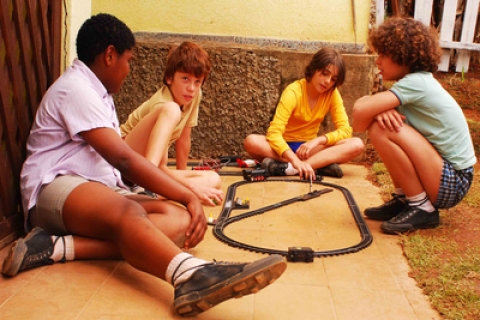 Beto is a boy that lives with his family in a working class neighborhood during the 70’s. In a decade that saw Brazil win their third World Cup Championship and when people lived under a military dictatorship, the boys from his suburb used to put their kichute shoes on to play soccer in the rough fields of the neighborhood. Beto dreams about becoming a soccer player. But to do so, he needs to confront his father’s rigid religious view, the competition with the other boys and, specially, his own fears.


Was born in Santa Catarina, Brazil. Studied Scriptwriting and Directing for Cinema and TV in California. Produced and directed the short film Reisele (2006) and, among others, the feature Caminhos dos Sonhos (1998), adapted from the work of Brazilian writer Moacyr Scliar.