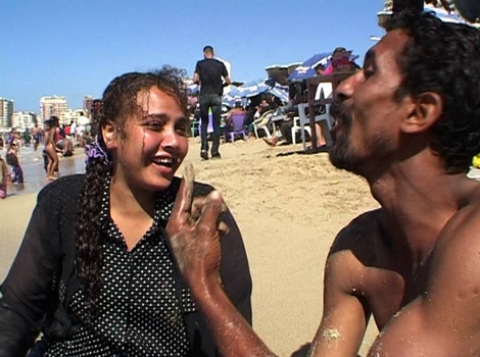 It`s the end of the summer. The inhabitants of Mafrouza, a slum in Alexandria, now seem to be quite comfortable with the camera’s presence, and their testimonials become more confident and familiar. Abu Hosny repairs his flooded home, Hassan wanders around and sings at night, Mohamed Khattab preaches, Adel and Samia are expecting a child. They talk about their choices, their place in the world and their relationships with others in the late days of August. 
Born in London in 1965. Lives in Paris. Studied literature and art history at Paris University and cinema at the Femis school. She worked as theatre director and actress and also wrote film scripts before directing her first documentary film, Stone Memories, in 1998. Emmanuelle started the Mafrouza film project in 2000.