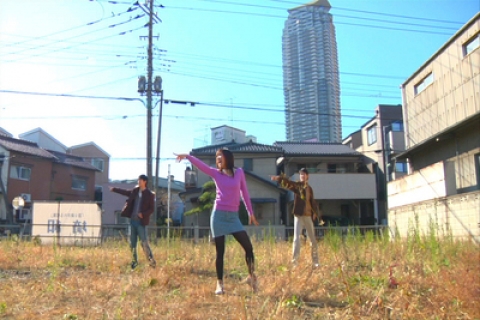 When Mikio loses his parents, he is forced to take on the burden of his autistic elder brother, Saneo, and he decides to confine him in his apartment. Because he is unable to communicate even with his brother, he remains in a child like state while becoming lost in his own beautiful graffiti. Carrying the weight of two so he can afford to pay for prostitutes to visit his older brother regularly, Mikio, himself, has no social life. It is then when he meets Marin, a prostitute that he pays to sleep with Saneo. They decide to get married to protect Saneo. As a dysfunctional family of three, Mikio, Saneo and Marin plan their escape from their miserable Tokyo existences.


Was born in Hokkaido, Japan, in 1974. Worked as an assistant director for Isao Yuikisada and Isshin Inudo. In 2008, he directed the TV show The Cursed High School. Lost Paradise in Tokyo is his first feature film.