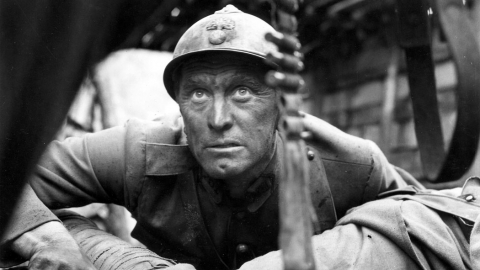 "World War I, 1916. General Mireau is bribed by General George Broulard into sending his soldiers on a suicide mission against the Germans. Colonel Dax reluctantly plans the operation, knowing that it has no chance of success. The attack fails and Mireau decides to charge the 100 surviving soldiers for cowardice in order to make an example of them with an execution. Dax, a former defense lawyer, attempts to save the lives of his fellow soldiers during the court martial. Based on the novel by Humphrey Cobb.
Kubrick’s first true masterpiece, a study of the vain and egocentric abuse of power, of rank and position. (Luckily things like this only happen in movies.)
"