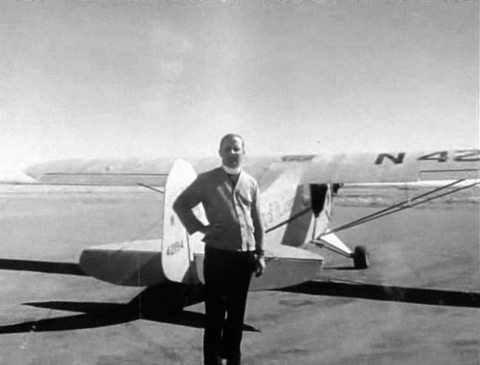 "Father Fred Stadtmuller, a Catholic priest in rural New Mexico, uses an airplane to travel from one isolated settlement to another due to the size of his parish. He provides spiritual guidance, gives sermons at funerals, and serves as an impromptu air ambulance by flying a sick child and his mother to a hospital.
These were the days when Stanley himself flew a small plane as a photo reporter.
"