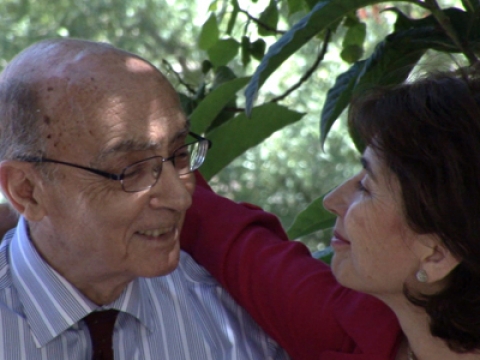 An intimate portrait of the relationship between Portuguese writer and Nobel Prize winner José Saramago and the Spanish journalist Pilar Del Rio. Through the recording of his daily life in his house in Lanzarote and his travels around the world, the documentary register the process of creation, production and promotion of Saramago’ new book The Elephant’ Journey. From its initial moment in 2006 to its release in Brazil in 2008, the story within the book works as a metaphor, throughout the documentary, of Saramago himself. Thus, the harsh voyage of the elephant from Portugal to Austria reflects the author’ personal challenges.