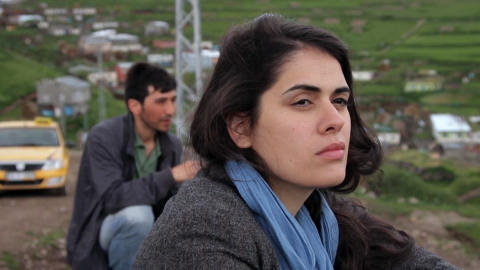 In a small Turkish mountain village, Hülya returns from Germany to write a novel about her deceased father. She travels to Damal, the place where her father was born and raised. After meeting people from his youth, she reconstructs his life there - at school, at home and in the expansive landscape around the village. While she observes, she does not always get an equally positive picture of her father and the dramatic events that shaped her destiny.


Born in Malatya, Turkey, 1970. She studied philosophy, German literature and cultural science in Germany. Her first feature film was Tour Abroad (2000), followed by En Garde (2004), winner of the Silver Leopard at the Locarno Film Festival, and Luk’s Luck (2010). The Heiress is her fourth feature film.