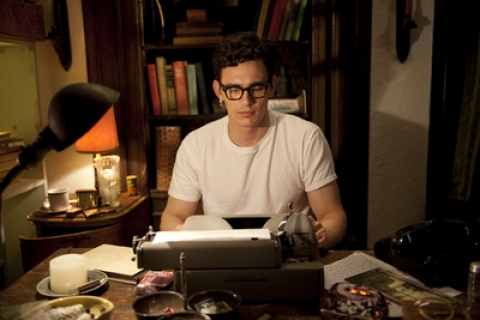 In 1957 an American masterpiece was tried before a court of law. Standing trial was the poem ‘Howl’ by Allen Ginsberg, which he recited for the first time in public at the Six Gallery in San Francisco on 7 October 1955. Two years later, the poem appeared in print, published by City Light Books, a publishing house owned by the poet Lawrence Ferlinghetti. The tiny print run of 520 copies was subsequently seized by the police and Ferlinghetti found himself in court, having to account for ‘distributing obscene literature’. The trial is still considered to be the moment when counterculture was born. The movie reconstructs this landmark historical moment from three perspectives. Their film documents the court proceedings; it also reconstructs in dramatized scenes the reactions of those in Ginsberg’s life; and the poem itself, illustrated by Eric Drooker, who himself used to work with Ginsberg.


Born in New Brunswick, New Jersey, in 1955. At the age of 22, directed the documentary Word is Out (1977). Directed the movie The Times of Harvey Milk, (1984, 9th Mostra), which received an Academy Award of Best Documentary, the Special Jury Prize at Sundance Festival and the New York Film Critics Circle Award. He also directed Common Threads: Stories From the Quilt (1989), which also got the Academy Award for Best Documentary. He also directed The Cellulloid Closet (1995, 19th Mostra) and Paragraph 175 (2000).