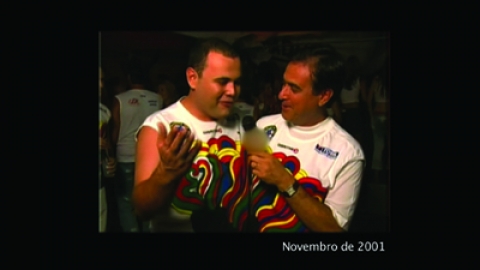 True Stories of a Liar

True Stories of a Liar

Marcelo Nascimento da Rocha spent four days fooling everyone in a hyped event in Recife, Brazil. He ate and drank for free, was pampered by models, actress, businessmen and TV presenters. He gave interviews, posed to photographers and was described in gossip magazines as an “intimate” friend of celebrities. He was also described as one of the greatest rascals of all times. In his lifetime of lying, he pretended he was a criminal faction leader, musician from famous bands, policeman, lieutenant, a MTV reporter and a scout for the Brazilian soccer team. Marcelo has the talent of messing with people’s ambition and can be whoever they want him to.