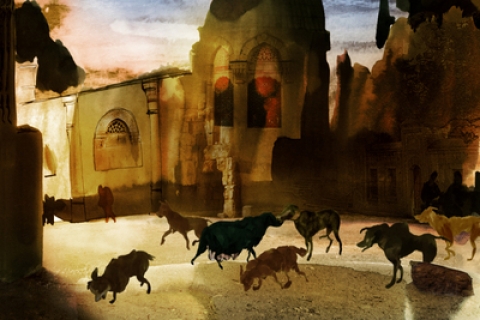 Constantinople, 1910. Too many stray dogs in the streets. The newly installed government, influenced by an occidental model of society, calls in European specialists to get rid of the dogs, before deciding, finally, to deport 30.000 of them on a desert island, off the coast of the city. They live the forced exile, the abandonment and death throes, and will mostly die of starvation and thirst. Golden Palm at Cannes Festival.