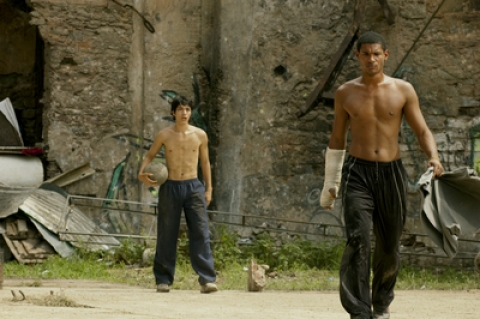 Daniel is an exceptional footballer. Julio is the team’s captain, a born leader. They were raised as brothers and play football in their slum, La Ceniza. Daniel dreams to play professional football while Julio feeds the family with dirty money; he has no time to dream. The opportunity of their lives arrives when a football scout invites them to tryout with the city’s best team: Caracas Football Club. But tragedy strikes them. They must choose, on a dirty football pitch, what is more important: family, revenge or the dream of their lives.


Was born in Venezuela. He studied Broadcast Communications in Caracas and Film and TV in Australia. He directed the short films Easier Rider; Ring; and Happy Endings, awarded best short film in the Latino Film Festival in Chicago. Brother is his first feature film.