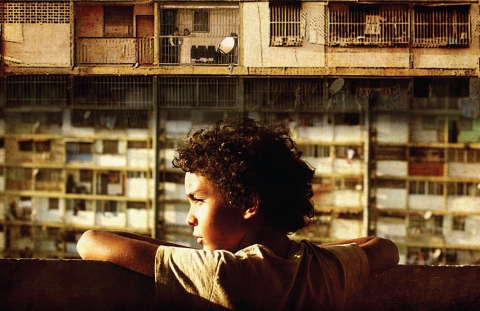 "Junior is nine years old and has “bad hair.” He wants to have it straightened for his yearbook picture, like a fashionable pop singer. This puts him at odds with his mother Marta. The more Junior tries to look sharp and make his mother love him, the more she rejects him, until he is cornered, face to face with a painful decision.
Winner of the Golden Shell for best film at the San Sebastian Film Festival (Spain).
"


Born in Barquisimeto, Venezuela. After studying animation in Paris, she graduated from the EICTV in Cuba. Her filmography includes the short film Street 22 (1994) and her first feature, At Midnight and a Half (2000), co-directed by Marité Ugás. Her second feature Postcards from Leningrad (2007) won the Revelation Jury Award at the 31st Mostra. Bad Hair is her third feature film.