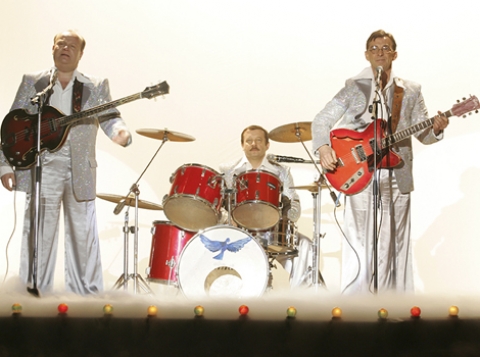 In present day Moscow, three childhood friends in their forties, former school band players, live their everyday lives of a police officer, a taxi driver and a surgeon. They have lost track of each other. Three stories of betrayal, love and ageing are told in parallel. Until their paths cross and their lives become connected. But they are not aware of it even when they reunite for a breaking performance at their graduation anniversary. 
Was born in 1973. He graduated from the Director’s Faculty of the Russian Academy of Theater Arts in 1996. Has worked as a theatre director and also as an assistant director in Alexander Kott’s film Two Drivers (2002). Has directed the short film The Door (2004), the TV movie The Silver Samurai (2006) and the feature Mukha (2008).