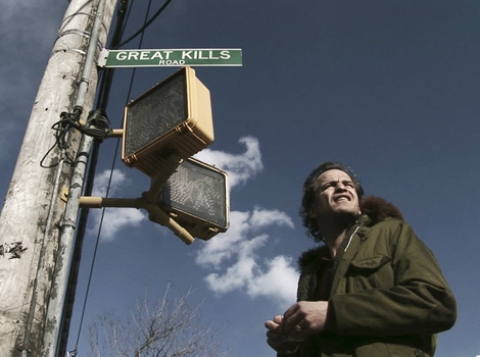 Maas de Boer is alone with an old postcard from New York City, his last link to his ex-wife Sarah, an American woman who got up and left. He thinks about Jonan, their son, severely mentally handicapped. It’s been eight years now that Maas has been taking care of Jonan alone. He travels to Great Kills Road, Staten Island, to find Sarah and tell her a secret that is poisoning him. 
Born in 1963 in Voorburg, Netherlands. After graduating from Amsterdam’s Film Academy he directed the short films The Bitch is Back (1995) and The Oath (1996). Directed the feature film Morlang (2001). Great Kills Road is his second feature film.