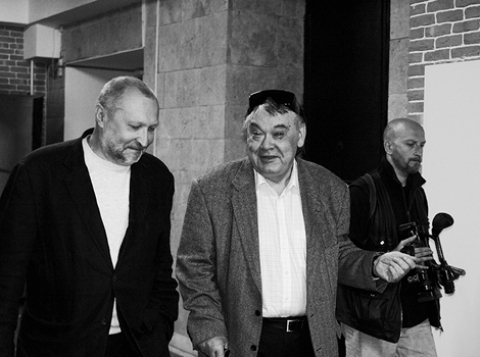 German: From The Other Side Of The Camera

German: From The Other Side Of The Camera

A documentary portrait of Aleksei German, famous Saint-Petersburg film director, creator of his own unique style and own world that have influenced the Leningrad Film School formation. Son of well-known writer Yuri German, Aleksei speaks about his life, time and creative work. 
He was born in 1952. A filmmaker, author and film historian, he wrote books, articles and worked in multiple functions in TV and cinema. He wrote the script for TV program Anatomy of Film: Human Amphibian (2001). He acted in Arvo Tuominen’s Mannerheim e Pietari (2004), made for Finn TV. He wrote and directed Lights in the Stage (2007). He is also the President of St. Petersburg Film Press Federation.