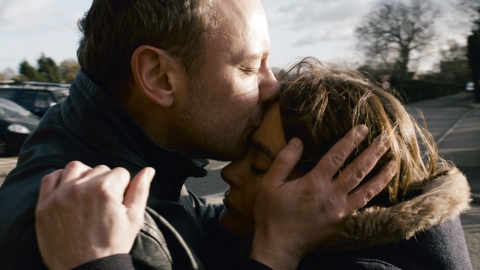 Over a period of five years, Karen takes her four young children on the long and laborious journey to visit her husband Ian, imprisoned for an unspecified crime. Away from the jail, life goes on, as the kids get into a fight over a taunt about their father by a schoolmate. Karen, feeling lonely, sleeps with Eddie from the pub where she works. Towards the end of his sentence, Ian is given a day out to spend with the family. The film was actually shot over a period of five years, the same time span as the film’s storyline.