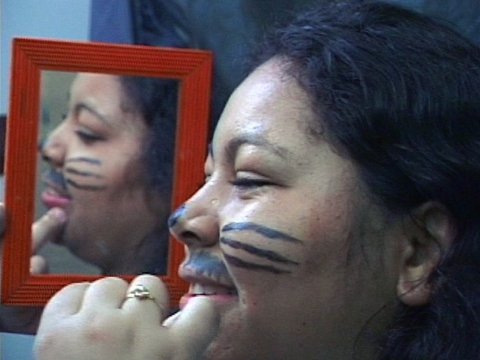 Inmates from the Philippe Pinel Institute re-enact a paternity test segment from The Ratinho Show, a popular Brazilian tabloid talk show in the style of Jerry Springer. This short film was made for an exhibition curated by Marcelo Dantas on the 50th anniversary of Brazilian television, filmed by the Pinel TV team.