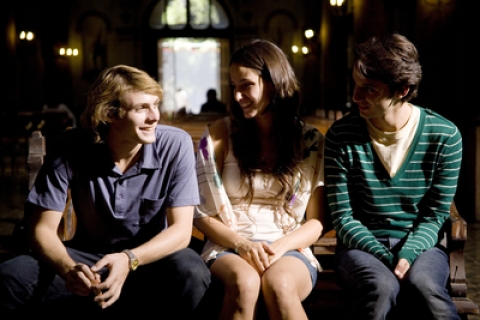 Three theater students, influenced by a professor and French theorist Antonin Artaud’s acting technique, begin to experiment with their own lives, searching for real emotions and situations to bring onto the stage. Their obsession with becoming better actors leads them to their darkest sides, surpassing boundaries that neither they nor their teachers could ever imagine.


Studied Acting in Chile and Filmmaking at UCLA, in Los Angeles. He founded and directed the company Action Theatre in Chile. He directed the short film Bulimia (2000) and the Chilean TV series “OcioTV”. Drama (2010) is his feature film debut.