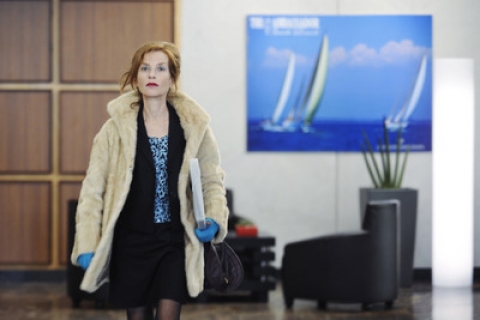 Babou seems to be able to shrug off anything. Real jobs, husbands, responsibilities, who needs them? But when she finds out that her own daughter is too ashamed of her to invite her to her wedding, she decides to make some changes. She takes a job selling time-shares at the Belgian seaside during the off-season, and even to her own surprise, becomes the model employee. Eventually Babou once again gets in the way of her success, and she must find a way to get a wedding gift worthy of her daughter yet true to her one-of-a-kind self.


Was born in Paris in 1974. Directed the documentaries Des Figurants (2009) and L’Éducation Anglaise (2007) and the feature film La Vie d’Artiste (2007). Copacabana is his second feature film and was exhibited at the Critic’s Week in Cannes.