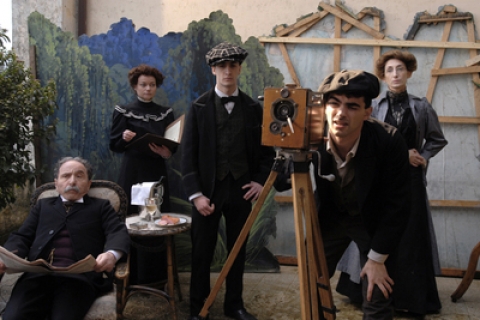 1905, cinema seems a mysterious and devilish trick. Federico is a medicine student that can’t bear the simple vision of blood. Upon the discovery of the cinematographer in the town, an art that can make people immortal, Federico wants to make a movie. He finds a patron, the movie owner, which asks him to put a nude beauty on screen. At first, this muse will be Beatrice, but later he finds the so wanted innocence in the beautiful Marianna, which will certainly bring her trouble.


Born on January 11, 1932, in Mexico City. has approximately fifty years of a career as script writer, producer, actor and film and television director. His career as director started in 1969, with the film El Áquila Descalza (1971). He directed Mojado Power (1979) part of the 6th Mostra in 1982, and gained international renown with the success obtained from Like Water for Chocolate, in 1992, He also directed A Walk in the Clouds (1995) and Picking Up the Pieces (2000), selection of the 24th Mostra.