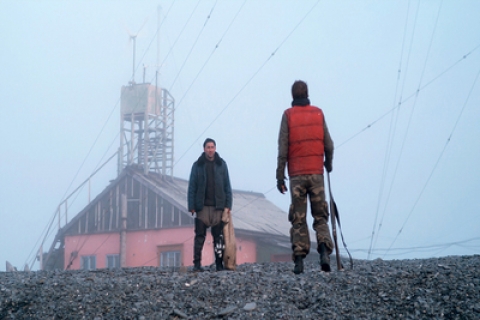 How I Ended This Summer

How I Ended This Summer

On a deserted Russian Arctic island, two men work at a small meteorological station. Their task is to take regular readings from their partly radioactive surroundings and relay this crucial data to HQ via radio. For a seasoned professional in his fifties like Sergei, this job has become routine. His new work partner is Pavel, a college graduate assigned to spend the summer at the station. The two men have little in common, and Pavel tries to avoid the vaguely threatening presence of Sergei. The balance tips one day when Sergei leaves his post to go fishing and entrusts Pavel relay the readings. Lies and suspicions start poisoning the atmosphere.


Was born in Moscow in 1972, where he graduated in Psychology. He started directing short films in 1994 and debuted as a feature film director with Roads to Koktebel (2003), co-directed with Boris Khlebnikov. How I End Up this Summer (2010) is his third feature film.