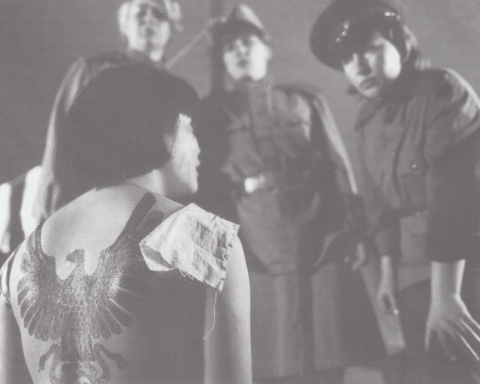 In modern day Guimarães, Ana tries to finish a research paper on Joaquim Novais Teixeira, a proud citizen of Guimarães who disappeared in Paris in 1972. She doesn’t have enough time or strength to edit hours of interviews about him, so she asks Sofia and Jacinto – whose biggest achievement is to sleep – for their help. They all end up entangled in Novais’ phantom veil and seduced by his figure. 
Born in Covilhã, Portugal, in 1950. She studied Germanic philology at the Language Faculty of the Lisbon Classical University. In 1987, she directed her first feature film, Relação Fiel e Verdadeira, presented at the Venice Film Festival. The film was followed by Flores Amargas (1988), O Anjo da Guarda (1999) and Adriana (2004). She taught at the New University of Lisbon and is the president of the Portuguese Association of Filmmakers.