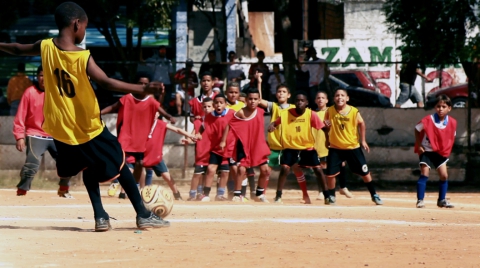 Pelada, Slum Soccer is a documentary on the soccer dream, enriched with a fantastic soundtrack and the participation of professional players. The film portrays the strength of the young players from the slums, the passion coming from the fans on the edge of the field and the entire universe centering on the peladas. The film also features remarkable interviews with champions who originated from the community, discovered their talent during the peladas and went on to conquer the world. A world filled with challenge and overcoming involved by the samba rhythm, the funk beats and the rap identity. Powerful images of the slum soccer matches in a single film.