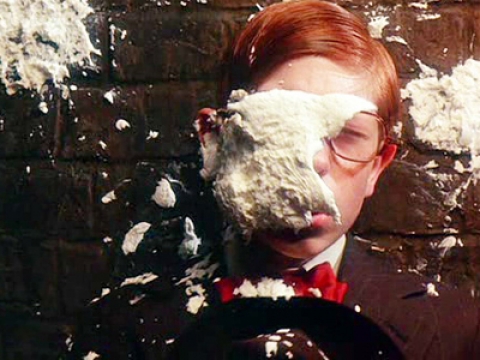 Musical parody to the gangster movies, set on the 1920’s New York City. Bugsy Malone and the lovely Tallulah rise between a war between two rival child’s gangs – the one under the command of Fat Sam and the other run by Dandy Dan – for the machine guns called “splurge”, which shots cream pies.