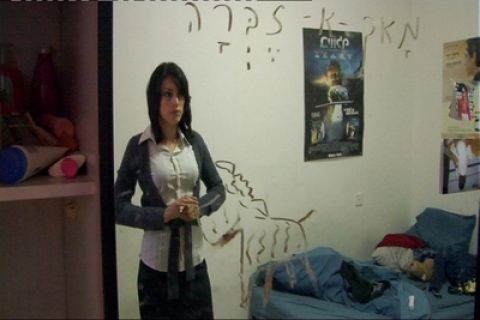 Sarah writes a harsh blog about the bleak lives of Haredi, ultra-orthodox women. Shlomit is an independent photographer who documents violent incidents on segregated buses on which women are required to sit at the back. Both of them were banned by their communities because of their desire to live normal, unsuppressed lives. These young women operate entirely alone and pay a very high price for violating the number-one rule of Haredi society: “Never air dirty laundry in public”. As they document and expose the violence of Haredi fanatics, they are punished by persecution and vilification.


Was born in Jerusalem in 1961. Graduated in Cinema in Jerusalem and works as a film critic for the Israeli magazine Eretz Acheret. Has directed the documentary features Purity (2002) and Sentenced to Marriage (2004). Black Bus (2009) is her latest film of the trilogy that exposes the lives of women that live under Jewish religious laws.