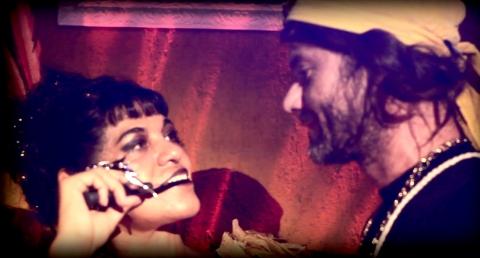 This film manifesto began as an acting workshop at the Lapa neighborhood of Rio de Janeiro, taking place inside the Cinema Nosso venue, and eventually extended itself to locations in Paris and Kerala, India. As multifaceted as a kaleidoscope, the characters appear in scenes and sequences displayed through multiple screens. Utilizing various forms of image capturing, it also uses variety, imposed by the independent production, as experimentation and language. Transposing the limits of style, the film navigates through a sea of political, philosophical and musical metaphors, from Prince Harry to Heraclites, as well as going through a series of authors like Rimbaud, Brecht, Nietzsche, Bispo do Rosário and Eduardo Batalha Viveiros de Castro, therefore capturing a contradictory and original country.