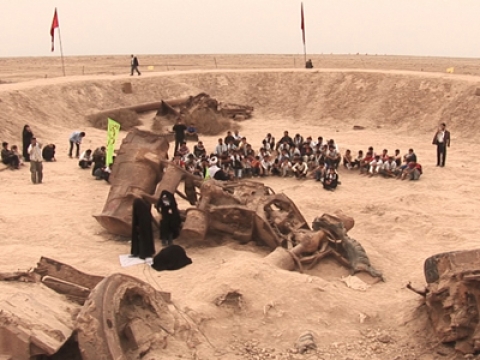 In a desert, on a hill, men and women in chadors and children wander through a vast open air museum dedicated to the memory of the martyrs of the Iran-Iraq war. For almost three years, the director has decided to immerse among the most extremist supporters of the Islamic Republic of Iran, the Bassidjis. Although they come from the same country, there’s an enormous gulf between them. And yet a dialogue opens up.


Born in Iran in 1972 and moved to France at the age of 12. Studied Architecture in Paris, graduating. In 2000, he returned to Iran for four years and worked as an architect. He directed the mid-length documentary Mothers of Martys (2004) and the documentary feature Bassidji (2009, 34th Mostra). Iranian is his second feature film.