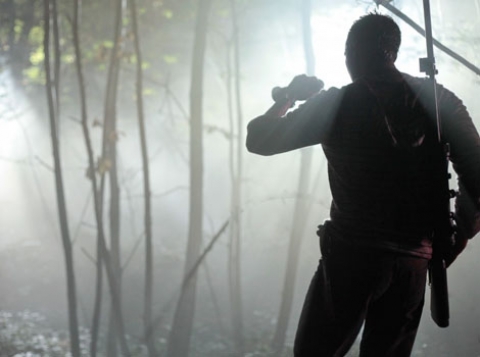 In his stepfamily`s countryside retreat, Nathan knew that the traditional autumn family reunion was going to be particularly stormy. Claire, his wife, had to announce her recent pregnancy and tough decisions would need to be made to prevent the family`s pesticides business from closing down. But on the first night, a terrorized deer mysteriously attacks Claire`s father. The men decide to venture into the surrounding forest to find the reasons of the animal`s odd behavior. Carrying a shotgun for the first time in his life and witnessing the growing tensions between the father and his sons, Nathan soon discovers that the hunting season is not over yet. 
Was born in 1977. He has been assistant director on several projects, until he signed his first short film, L’abominable Malédiction du Peintre Gray (2004). He directed several commercials. Prey is his first feature film.